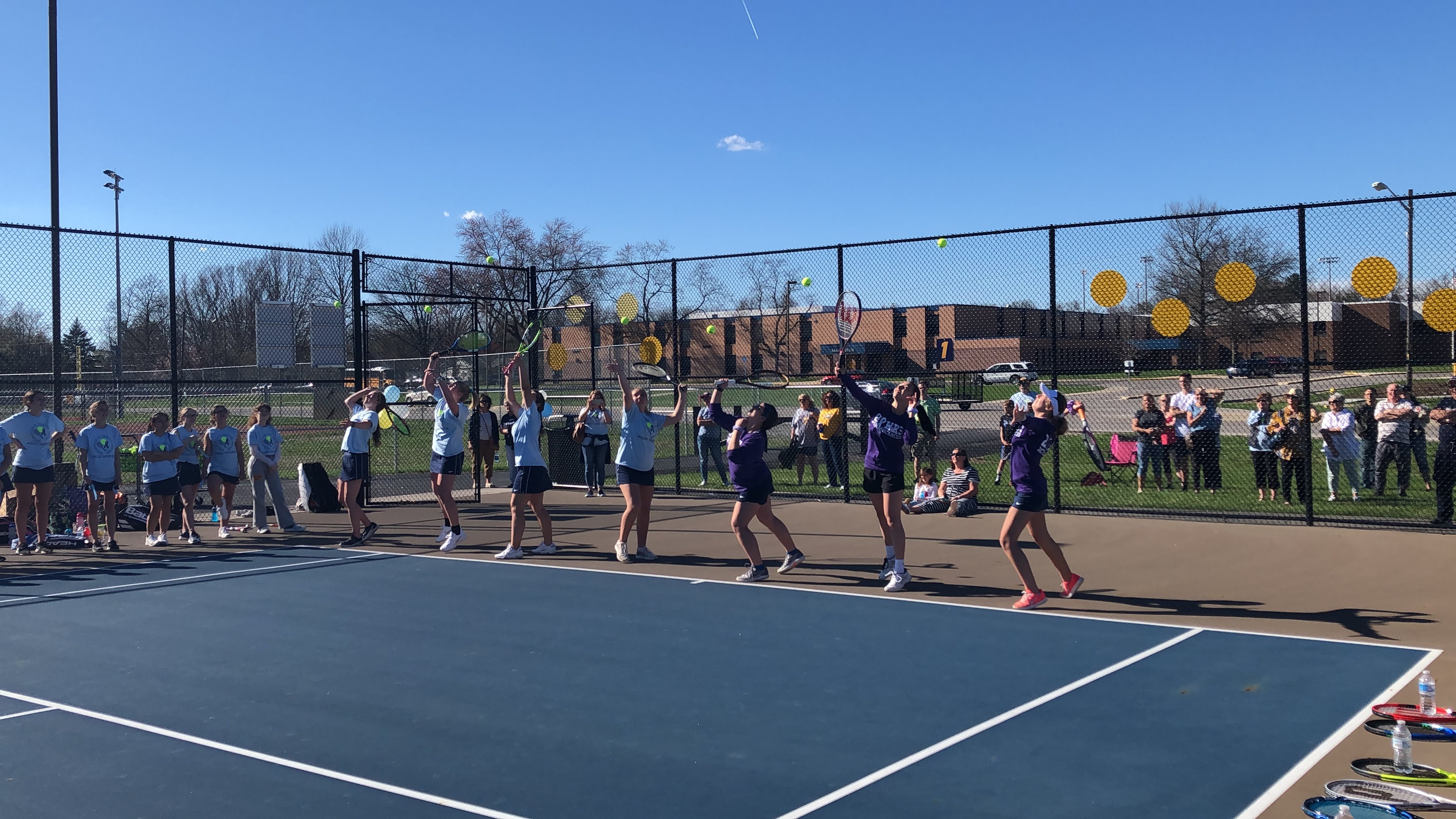 For many years, Decatur Central and Mooresville have had a long standing cross town rivalry in the Mid-State conference. But, in the tennis world, that rivalry hasn’t ever really seemed that evident to the outside eye, because both teams the last few years have found something in common on both the boys’ and girls’ side of things.

Cancer is a very real challenge for many in life, especially in the lives of the students that compete on both teams. And five years ago, the concept of “Smash Cancer” was born as an awareness for both communities, as well as an opportunity to help struggling families in the communities with fundraising to aid them. And since then, Decatur Central and Mooresville tennis have had a relationship that chooses to bring life and hope, despite a long-standing rivalry. And each year the match is dedicated to cancer awareness, making for a hopeful evening despite wins and losses on either side.

However, for the first time in many years Tuesday night, despite a rocky arrival that ended in the bus getting stuck in a ditch just around the bend from the courts, Decatur Central was able to walk away with its first win on either team in more than five years against Mooresville, taking down 4 of the 5 spots with a couple of long three-set thrillers, as well as break a 4 match losing streak for the Lady Hawks!

#2 singles junior Tori Heighton struggled to keep her head in the game against her opponent, Kaylynn Scott 1-6, 1-6, giving Mooresville their first and only point of the night. #3 singles sophomore Izzy Ison managed to walk off the court with a straight set win over Mooresville’s Maely Barrett 6-3, 6-2, Ison’s third win of the season. Similarly, #2 doubles duo junior Samantha Schick and sophomore Lia Burton managed to walk away with a 6-4, 6-4
straight set win over Mooresville’s Katelyn Piche and Grace Sanders, taking their combined first win as a pair as well as individuals.

The matches of the night were the one spots. Both #1 singles junior Alex Sumpter and #1 doubles duo junior Taylor O’Dell and junior Yennie Tran had something to prove to bring this match home. Both matches started with first set deficits, and both ended with second-set comebacks, forcing third set battles. Alex Sumpter, after struggling to get the momentum in the first set, worked out the kinks and built up patience to walk away with a three set win over Mooresville’s Carson Crouch 1-6, 6-1, 6-0. Similarly, “Yaylor” finished up their third set match with a win over Mooresville’s Paige Gregory and Ava Mayer 3-6, 6-2, 6-3.

JV also had a major improvement tonight, with many young players starting to find their roots and build on basic fundamentals to help them take some games in their prosets. The highlight of the night came from #1 JV doubles, with the freshman combo Taryn Cook and Samantha Lopez bringing home their first win of the season!

What started as a rocky beginning to the night ended with quite a shift in momentum, one that most on the team weren’t expecting. Congrats Lady Hawks Tennis!

The Hawks have another night on the road against Pike on Wednesday. Come out and support your Lady Hawks Tennis!