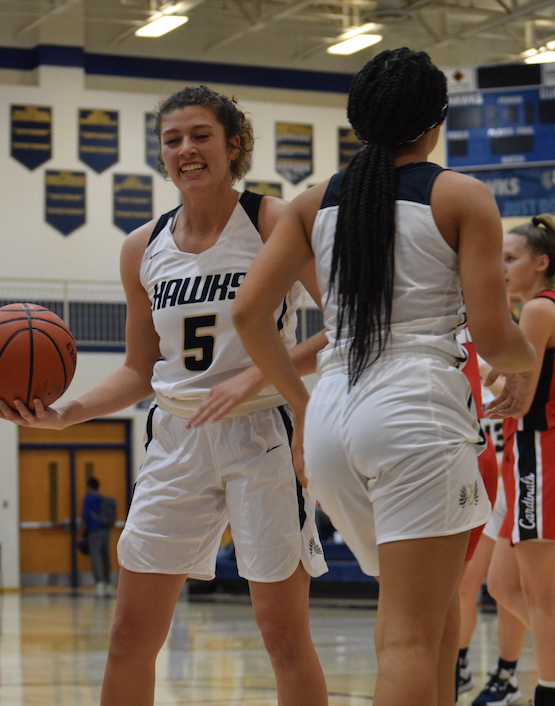 Hawks gave up 19 point in the 1rst quarter and 18 in the second. The less than stellar defense led to half time deficit that the Hawks had to fight back from. In the end the Hawks ran out of gas and fell to the Monrovia Bulldogs 57-55.

Early foul trouble hurt the Hawks. Vanessa Wilson, the current Hawks leading scorer, had to sit a little more than half of the game because of fouls. The other Hawks teammates pick up the slack and with 30 second left the game was tied. After a steal and assist to Maddie Wachnicki by Lorena Williams tied the score, Madi Payne from Monrovia (20 points) got the ball and went coast to coast to score the go ahead and eventual winning basket.

Freshman, Cadence Thomas had her best overall game as Hawk. She played some great defense and in 31 minutes scored 14 points, grabbed 3 rebounds and had 3 assists. Kenzee Smith scored 7 points and snagged 10 rebound and had 5 assists. She continues to be the Decatur equivalent of a SWISS ARMY knife. Vanesa Wilson led the Hawks with 15 points in only 20 minutes of action.

The loss move the Hawks record to 6-7. They travel to Ritter on Friday in a Boy/Girl Double header format.