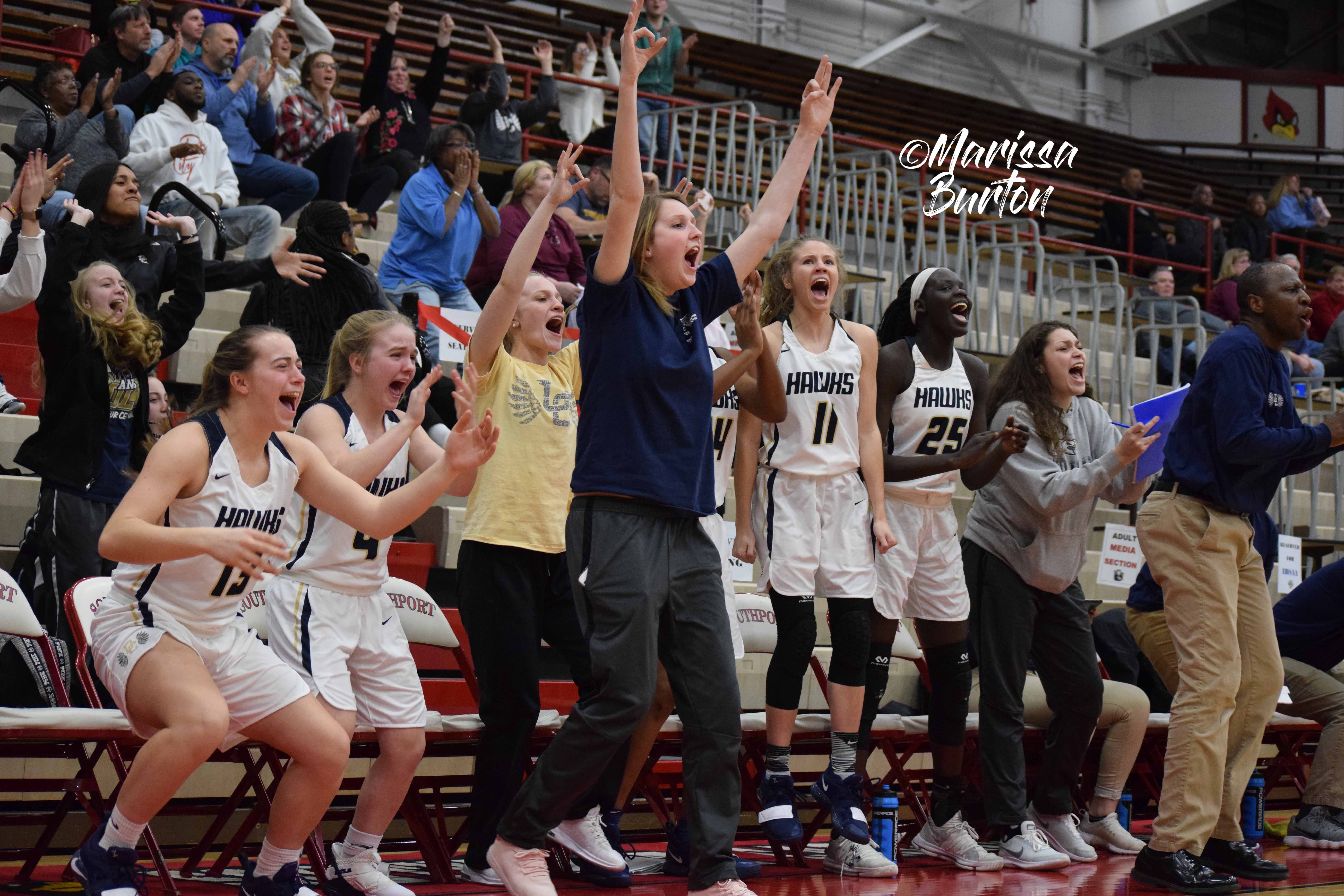 The Hawks showed the fight that they had all season long. They scratched and clawed but came up short versus a really good Perry Meridian team.

Perry started off hitting multiple 3 pointers. The finished the first half 7-11 from the 3 point stripe. That only kept the Hawks at bay briefly as the Hawks only trailed by 1 point at halftime. The score was 21-20. In the 2nd half it was more of the same, as both teams exchanged blows. In the end the Perry team held off a feverish run by the Hawks.

The Hawks had their best season in over 15 years. They finished the season 16 – 8. The won 2 county tourney games and led or were tied in the 3rd quarter of 6 of the 8 losses. Although the Hawks loose 2 starters next season, they will have 3 players with significant minutes returning to the squad.