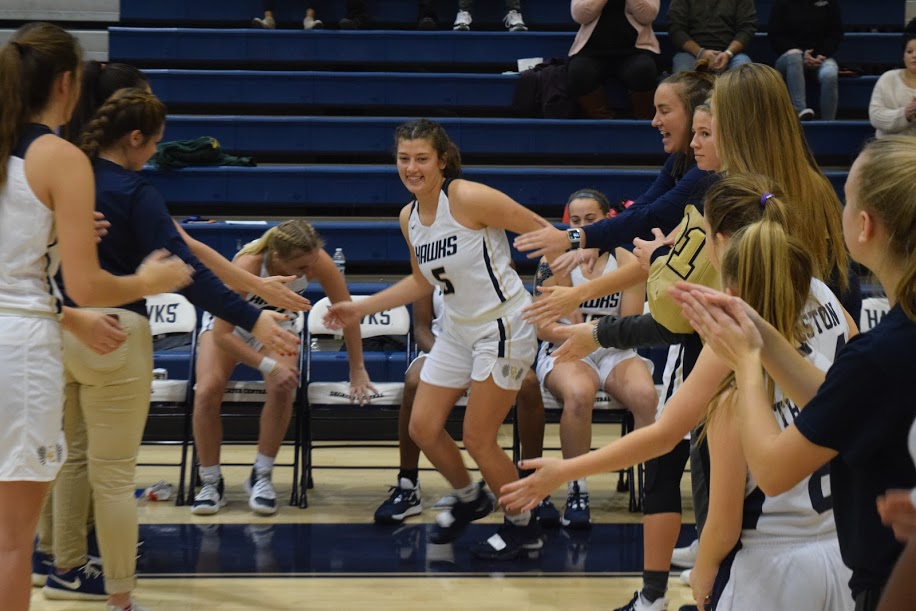 The Hawks win a hard fought battle against Greenwood Christian in the Hawks Nest. Greenwood came out early with a barrage of 3 pointers taking and early first quarter lead 18-14. The Hawks came back in the 2nd quarter with scrappy defense and timely scoring. This effort allowed them to enter the locker room at half time ahead 36-28. The rest of the game was filled with exciting plays by both teams ending with the Hawks holding on to the win.

The MVP was Kenzee Smith. She continued her hot shooting 8-13 from the field finishing with the teams first DOUBLE DOUBLE of the season. Along with her 19 points Kenzee grabbed 11 rebound. The most impressive thing about her play was not all the stats she put up, but the leadership, hustle, and overall “CLUTCH-NESS” she exhibited. Other KEY PERFORMERS were senior Vanessa Wilson and Maddie Wachnicki. Vanessa poured in 13 points and fell one assist shy of her own DOUBLE DOUBLE. She lead the team in assist with a team high 9. Maddie Wachnicki’s stats for this game do not jump off the page. Maddie’s effort and hustle however are very much worth noting. She hit some timely baskets and played awesome defense (4 steals). She secured the win with a final steal with only seconds remaining.

The Hawks moved to (3-2) on the season and travel to Cascade on Tuesday. Come out support your Hawks. JV game start at 6PM with Varsity to follow.