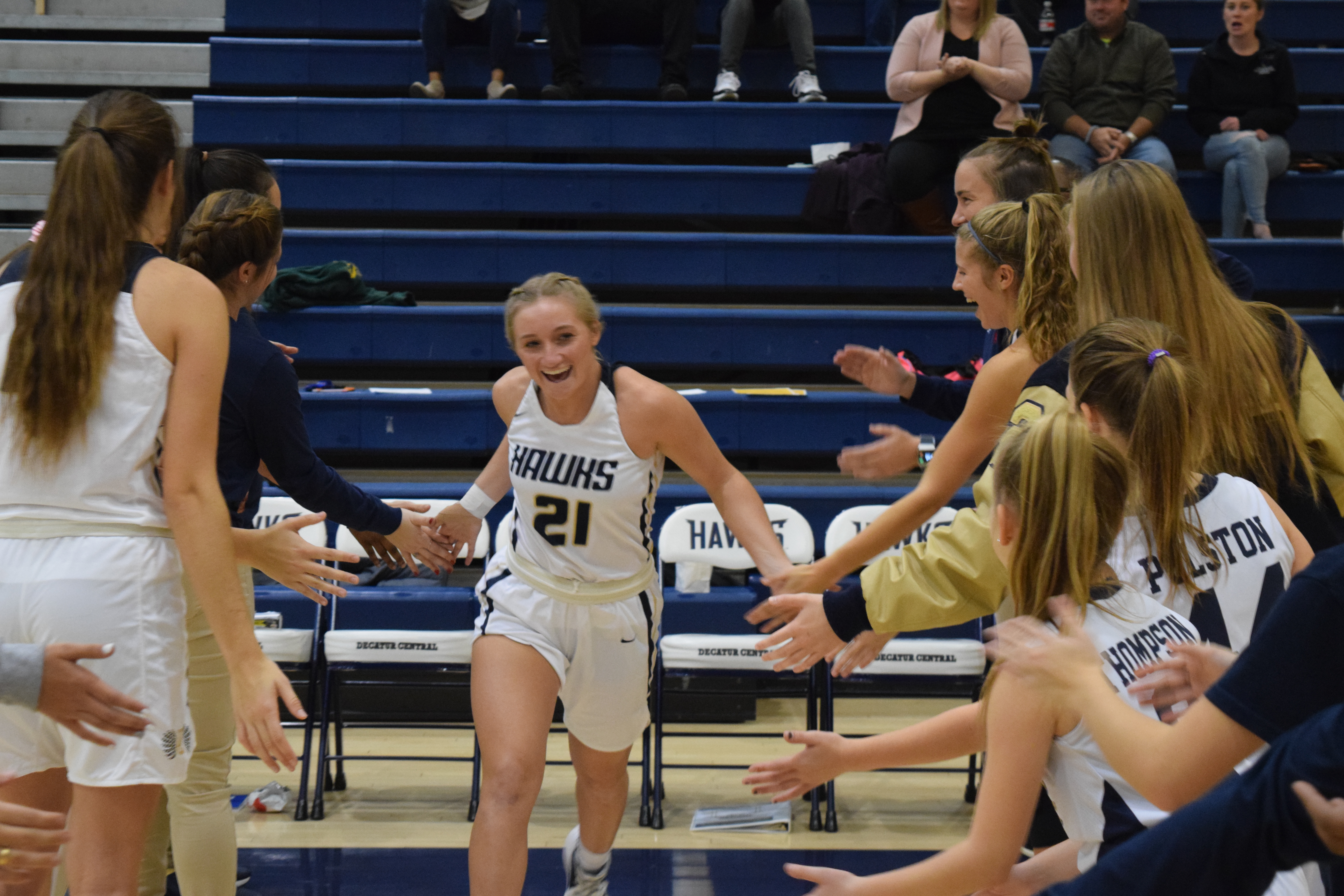 In a seesaw battle the Hawks prevailed to win in an overtime thriller 50-46. The game started with a first quarter the Hawks wont soon forget. They scored 17 points and held Cascade to just 4. The Hawks would like to forget the 2nd quarter where they only mustered 2 points. With all that the Hawks headed into locker room 19-11. Cascade came out in the 3rd quarter scoring 22 points and taking a lead into the 4th quarter (33-26). The Hawks fight was not in question as they keep chipping away at the lead until the got the lead back with 6 seconds remaining. Cascade had fight as well, and did not want the evening to end so soon. They hit and NBA 3 pointer to tie the game and send it into overtime. In the over the Hawks showed they still had something left in the tank as they outscored Cascade 8-4 in the OT to win their 4th game of the season.

The MVP of the game goes to Vanessa Wilson. Vanessa had 23 point on 9-16 shooting. She a couple of clutch 3 pointer and displayed the confidence and leadership that was necessary for the Hawks to pull this one out. On the night Vanessa also added 5 rebounds and 2 assists. Other key contributors were Mya Jackson and Maddie Wachnicki. Both of these players had their season highs in rebounding. Mya grabbed 11 boards and Wachnicki in her return home and in the start grabbed 8 rebounds. Kenzee Smith put on a defensive steal clinic getting 6 steals.

Hawks have a little break as they prepare for conference foe Whiteland. That game will be November 27 @ Decatur starting at 4:30.

IHSAA REGIONAL
11:00 am
View All Events