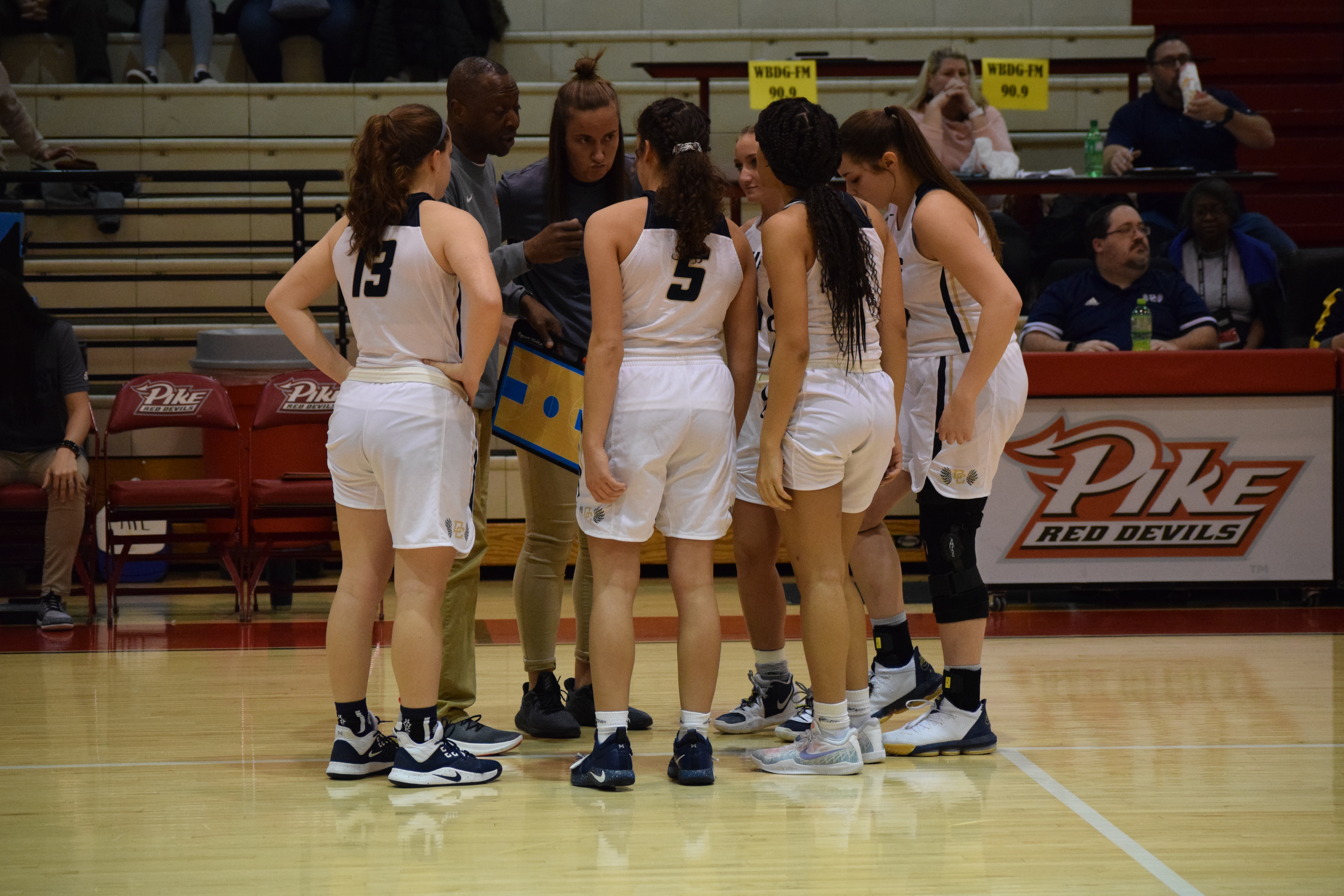 The Hawk headed into the matchup against Pike as 7 point underdogs but that did not matter a bit to the Hawk. The Hawks winner of 4 out of their last 5 games came out confident and finished with a 5 point win over the Pike Red-Devils.

The Hawks started the first half leading at its conclusion 31 to 26. In the 3rd quarter Pike came back and tied the game as they headed into the 4th with the score of 36-36. In the 4th Decatur found the strength and the courage to battle it inner demons and pull off the win.

The Hawks were shown the way by Senior Cailin Barr. Cailin who has battled injuries all 4 year played with confidence and put the all her injuries behind her and had 19 points and 9 rebounds. Her clutch 4 free throws down the stretch sealed the deal. Other key contributors were seniors Kenzee Smith, and Vanessa Wilson. Kenzee had another stellar performance. She had 15 points and secured yet another DOUBLE DOUBLE with 10 rebounds, and 3 assists. Vanessa continued to be the leader she as been for 4 years. She scored 7 points, had 5 assists, and 4 rebounds. Juniors Lorena Williams and Kenadi Brand show the future is bright. Lorena was a defensive beast holding Pikes leading scorer to her season low. Kenadi Brand 4 of 4 shooting and grabbed 7 rebounds.

The win moved the Hawks season record to 12-11 and moved them into the Championship game tomorrow night at 7:30 at Pike High School against Ben Davis High School.