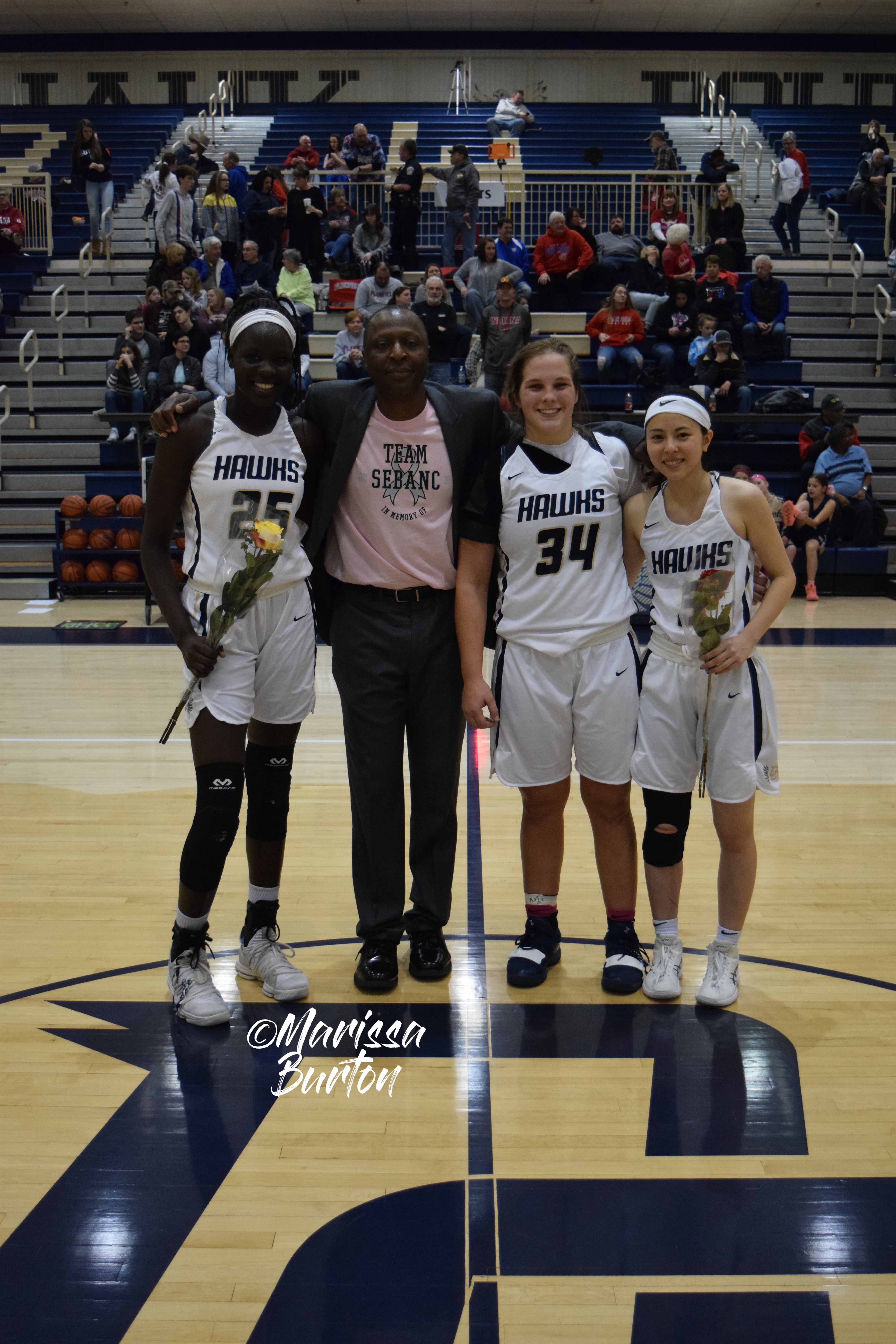 The Lady Hawks tried to get their 3rd conference win of the season and 17th overall, but fell short to a gritty Plainfield Quaker team. The night was not ruined by the defeat as Hawk Nation got to recognize it senior basketball ladies. Issy Burr, Ajulu Thathu, and Miya Kakazu were recognized at half time for their hard work and dedication to the girls basketball program.
Game Recap
The Hawks got off to a great start leading after one quarter by 5 and heading in to locker room up 4. In the 3rd quarter the Hawks struggles began, and in the forth quarter no matter how hard the fought back they just could not get it done. In an interview with the Hawks Coach Gibbs, he stated ” I think everyone in the gym really thought we had the Quakers right were we wanted them. We just could never quite close the door when we had the chance.” Coach Gibbs end the interview saying, “This is a special group of girls, I love this team, and I will make sure no one ever forgets what these senior meant to this girls program”
Scoring Recap:
Although the game did not end the way the seniors had hoped on Senior Night, they still leave knowing they are a BIG reason the girls program has grown and had great success this season. The Hawks got a big game and career night from sophomore Kenadi Brand. Her team got Kenadi the ball early and often and she did not disappoint. She scored 20 points bettering her previous career high by 8 points. Kenzee Smith had a great game as well, she had a team single game high of 7 assist. She also added 9 points, 5 rebounds, and 3 steals.
The seniors contributed the following : Issy Burr had 10 rebounds, Ajulu Thathu had 14 points and 12 rebounds, Miya Kakazu added 5 points.
Next Game:
The Hawks head into sectional play on Tuesday. They square off against Perry Meridian. They loss to Perry in the opening week of the 60-49. The Hawks lead by as many as 8 during the game but struggled to finish out the game with a win. Come out and be the difference in this one. They need and welcome all the support they can get. Game time is 7:30PM at Southport High School.