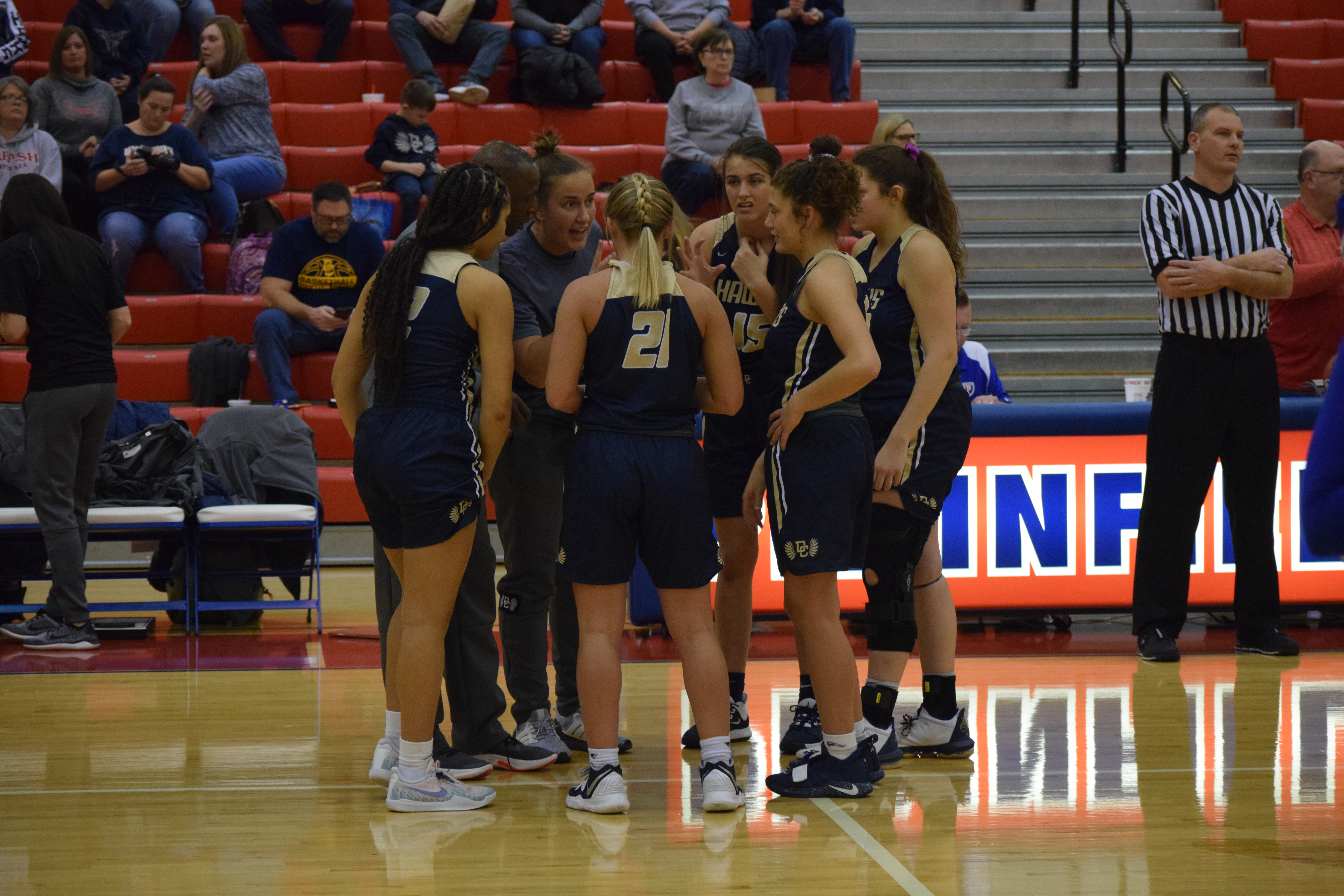 In the final game of the season the Hawks fall to the Quakers in a conference matchup.
The Hawks trailed by 10 after the first quarter, but battle to a 21-21 tie at the half. In the end Quakers proved too much for the Hawks and rolled to a 12 point victory (48-36).

The story for the Hawks was the poor shooting and 21 hawk turnovers. They shot 18% from 3 point land , and 36% from inside of the arch. What did not disappoint however, was the Hawk defense. They held the Quakers to 20% from 3, and 38% for the game. In the end the Hawks could not score enough in the second half to pull off an upset.

The Hawks were lead in scoring by Vanessa Wilson. She scored 15 points on 4/10 shooting.She also had 4 rebounds and 3 assists. Kenzee Smith added 10 points on 1/10 shooting. She had 8 rebound and 1 assist .

The loss moved the Hawks regular season mark to 10-11. They move into Sectional play
at Pike on Tuesday at 6PM where they will square off against the Southport Cardinals. They are 0-2 against the Cardinals this season, but are optimistic about their chances. Come out and support your Lady Hawks in one of the toughest sectionals in the state.