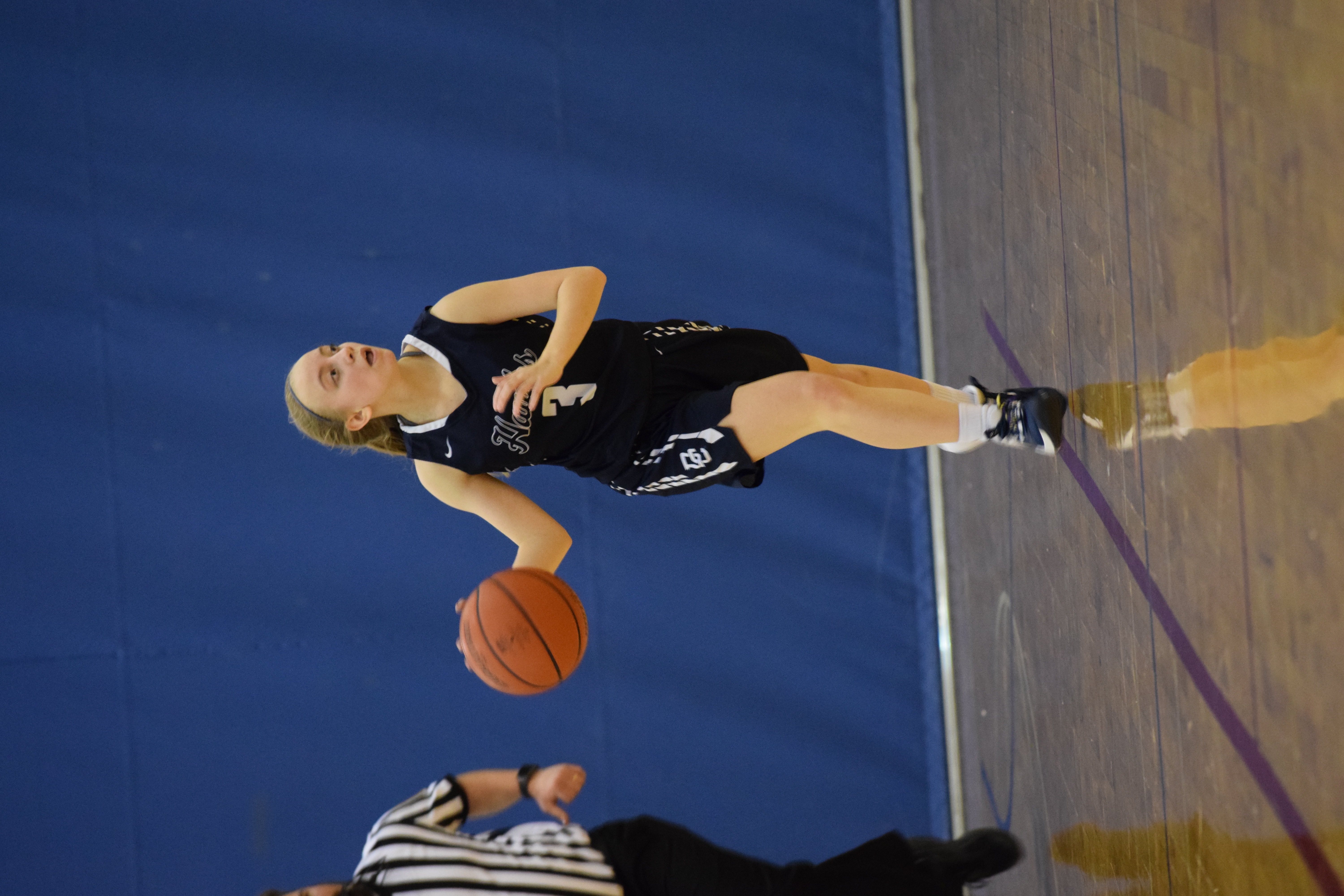 Your Lady Hawks JV season has come to an end. We started off on fire. Winning 5 of our first 7 games. One of those wins was a win vs conference opponent Perry Meridian. Once December hit there were some players that were called up to Varsity during this time due to their performance in our games. Trying to find out who we were without them proved to be tough. During our 6 games in December we went 3-3. Two of those losses during December were hard fought and the girls showed Coach Sienne and Coach Maddie that they were willing to battle to get a win if they had to. We started off January on a losing steak. We lost our first 3 games of the month. One of those losses was a very hard fought loss by 6 to conference opponent Plainfield in a JV Holiday Tournament at Avon. This game showed that the girls were really starting to figure things out. They were starting to truly support each other, understand how to play the game, how to execute and how to battle back. The game could have easily ended in a win for your Lady Hawks. That game gave the girls the confidence and motivation to come out and play some of the best basketball they have played all season. They came out and played some amazing defense vs Lawrence Central that lead to a 32-10 lead at the half. Lawrence Central came out on fire in the 3rd quarter but your Lady Hawks were able to come together as a team and pull out a 49-42 win. They followed that win with a outpouring of offense vs Shortridge winning 41-15. The next win lead to another conference win for your Lady Hawks where they defeated Greenwood 39-31. We were able to win a very entertaining game on senior night to help make the night that much better. Your Lady Hawks ended the season 12-9 which was a great improvement from last year. The girls and coaching staff set a goal of getting 10 overall wins and atleast 2 conference wins and met that goal. The greatest thing about this season is how the girls really started to come together right when they needed to so they could perform on the court! It was an honor to coach this amazing group of young ladies. Now we get to revel in our accomplishments and get ready to help cheer on Varsity to a sectional win vs Southport!