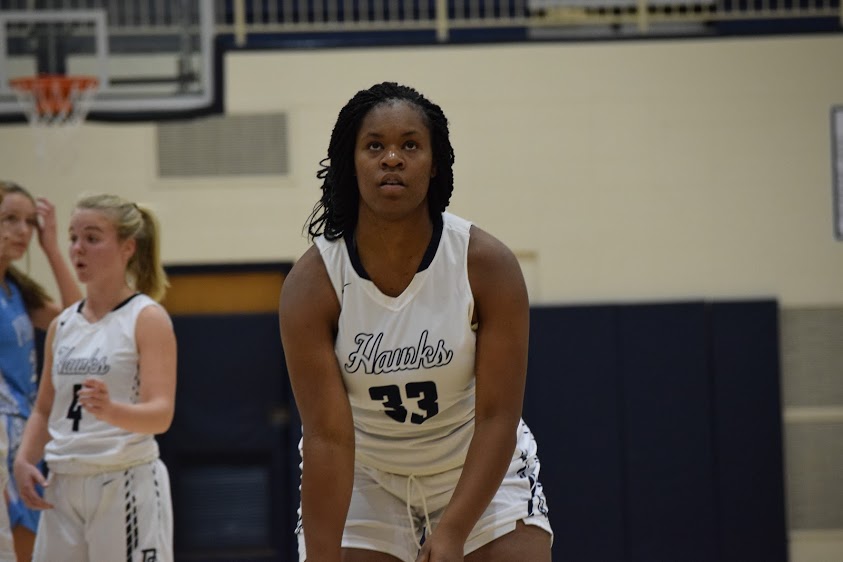 The Hawks came out hot against Greenwood Christian. And Greenwood answered back with a little run of their own ending the first quarter behind 12-7. The Hawks came back in the second quarter with some GREAT defense and held Greenwood Christian scoreless in the second. Their defense, impressive rebounding and continued scoring allowed them to enter the locker room up 17-7. The second half was filled with even more defensive stops and conversions in transition. As a team, the Lady Hawks got a total of 27 steals lead by Abigail Mason with a total of 8 steals. Abigail added in 8 points on top of her 8 steals. The Lady Hawks also grabbed an impressive 40 rebounds lead by Player of the Game Mookie McGee with 12 rebounds. Mookie added 8 points on top of her impressive amount of rebounds. She was just shy of the teams first double double of the season. This was a total team effort by your Lady Hawks to get this win.This group is really starting to gel and play some good basketball.

The Hawks moved to (4-1) on the season and travel to Cascade on Tuesday. Come out and support your Hawks. JV game starts at 6PM and Varsity will follow.