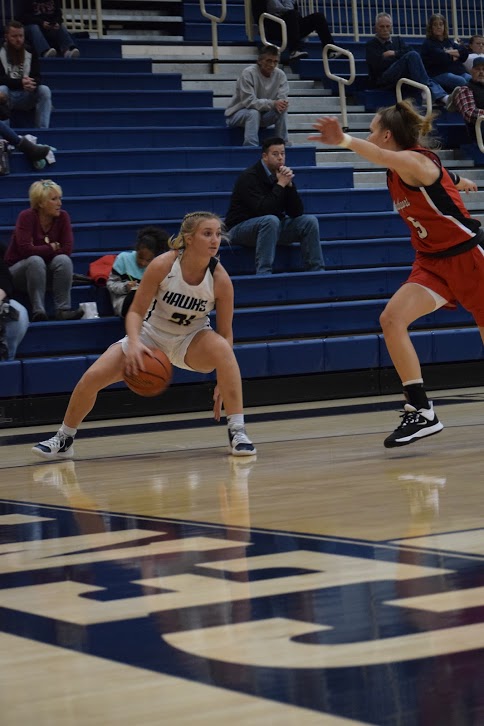 The Hawks starts have been a problem all season and that did not change against Mooresville. The Hawks were only able to score 3 points in the opening quarter and trailed after 12-3. The Hawks were never able to recover from the poor start, as they fell to Moorseville by the score of 68-45.

The story once again was the points that the Hawks give up off of turnovers. The Pioneers scored 33 of their 68 points off of Decatur miscues. Most of those came in the first 2 quarters. The Hawks settled down late in the 2nd quarter, but in order to win or compete they will have to concentrate on possessing the ball and not registering 21 turnovers as they did tonight.

The highlight of the game was Vanessa Wilson. Her scoring prowess was on display as he scored a game high 27 points on 10-20 shooting. She also grabbed 8 rebound and had 1 assist. Kenzee Smith came close to adding back to back double-doubles but fell just short finishing with 10 points and 8 rebound.