Our first September Student-Athlete of the month is D.C.H.S. Senior Bailey Helms. Bailey is a member of the Lady Hawks Soccer team. She is the backbone of the team’s success leading the team to 11 wins, 1 loss, and 1 tie on the season. Bailey has had over 100 saves along with saving 6 penalty kicks, helping lead the team to 2 conference shutouts. She has had 7 shutouts in total this season while only 7 goals against and 7 of 13 penalty kicks against. Coach Angela Keith said, “Bailey is absolutely amazing on and off the field. Her energy and positivity radiates to those around her. Without her there is no way we would have been able to have such a successful season. I am so grateful to have her with us this season!” Bailey currently has a 3.29 GPA, which ranks her 142nd out of 457 total students in her class.

Junior Madeline Wachnicki is our second September Student-Athlete of the Month award winner. The DCHS Junior is a member of the Lady Hawks Cross Country team. Although this is Madeline’s first season running cross country she has had a fantastic season. She was a member of the number one DC team in the Plainfield Hokum Kareem Relays. Madeline also placed 8th at the Mooresville Invitational in her first ever 5k race. She is currently sitting 13th on the DCHS Girls Cross Country records running a time of 22:54. Coach Courtney Rogge said, “Maddie is a spunky addition to our growing team. Although she has not ran cross country, she is developing into a leader both on and off the course. On top of her natural athleticism, Maddie also excels in her academics, fighting for the #1 spot of the Junior class. We are so excited to see where she goes this season.” Madeline’s current GPA is an astounding 4.40! She is currently ranked 11th overall out of 463 students in her class. 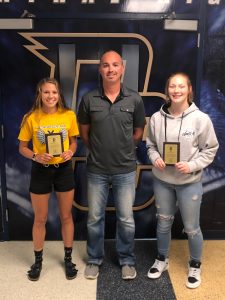 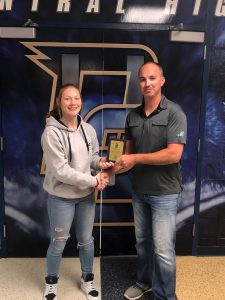 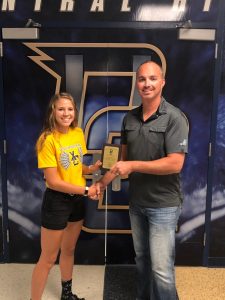