The first meet of the season featured teams from Martinsville, Morristown, Decatur Central and the host Roncalli Rebels.   Decatur Central’s only gymnast, Riley Lesh (Junior) started off with a pair of strong vaults, resulting in an 8.45 score.  She continued on with a 6.55 on bars, a 6.975 on beam and a 6.325 on floor after a disappointing fall.   She took home first place on vault, 6th on beam and 7th on bars. 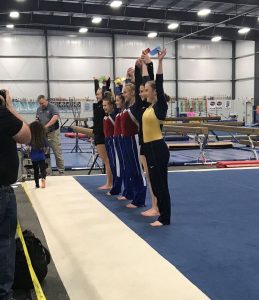